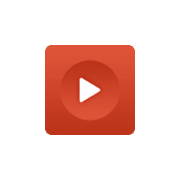 A quiet UI design revolution to move us away from the mouse and into intuitive interactions with the multiple devices in our daily lives is taking place. Videos below provide better insight.

The first is Leap Motion, developed by David Holz and Michael Buckwald. Leap may very well have turned the world upside down with the technology housed in this small device, a USB peripheral that creates a 3D interaction space for your computer and the software residing there. Yes, 3D! The imaging they show interacting with map data is amazing.

Think about how this could be used in other real world scenarios. Everyone from the surgeon preparing to operate on your heart to the architect designing the safe flow of people through a skyscraper will be impacted by this technology. But the change to the casual user and their daily interaction with multiple devices will be immeasurable as well. Gone will be the chains to the mouse and keyboard. In fact this is where the revolution will start; with people sitting in front of television and computer screens. Anthony Wing Kosner, in an article appearing on Forbes regarding how this device impacts social TV, believes that Apple should swoop it up and incorporate it into it’s operating system. Mr. Kosner states “Adding discoverable gestures in space with 200 times the precision of Kinect could make this kind of social content manipulation really fun and intuitive.”

This is not a utopian dream of the future. The future is now. In an interview appearing on Engadget the author posed the question to the developers; “what’s next?”

…Holz and Buckwald told us that while the technology is initially available in peripheral form, the plan is to get it baked into laptops, desktops, smartphones and tablets, too. Because the hardware is so small, it can easily be stuffed into such devices. And, it’ll work even better when embedded because there’s greater flexibility in the placement of the hardware relative to the user’s hands, and multiple sensors can be included to create a larger virtual workspace.

The second hot topic this week has been about a conceptual model conceived by Ishac Bertran who “…wanted to pluck some articles from his web browser and slip them into his Kindle to read later (and more comfortably), but he was so daunted by the labyrinthine process of transferring data, he decided to skip it altogether.” (quote from article on Co.Design) This ability is almost here but just hasn’t been implemented correctly yet. We can already do the Bump to transfer photos between the Bump app on our smart phone and our desktop but that is a limited value.

Even Apple missed this one with AirDrop. AirDrop is part of Lion but only works on w-fi enabled Macs. If someone close to you is on a machine that supports AirDrop they will show in the app and files can be dragged to their name in order to share. Second screen devices iPhone and iPad are missing from this equation. But Ishac Bertran got it right. Apple should hire him when they buy Leap. Simple and elegant. That is at the heart of this great solution to a vexing issue we have all had trying to store the information we want across our devices.

So what do you make of all this news and tech jumps? Exciting and inspiring is the place I start from.

Want to join the discussion?
Feel free to contribute!

The sharable tweet is tied to trust
Scroll to top